God’s Golden Acre, is an HIV/Aids orphanage for over 100 children in Cato Ridge, South Africa. The orphanage began in 1993 by Heather Reynolds. She established the orphanage for the children who have lost their parents to the HIV/Aids epidemic.

We made our way to visit them on two separate occasions, once in 2006 and again in 2007 to see how we could help. While staying on the property, the young Zulu Warriors, a singing and dancing choir preformed for us. We learned that they compete against other choirs and the funds they won from those competitions were then used to help the whole orphanage.

The choir had just been invited to the United Kingdom to compete when we were there. However, they did not have the funds to purchase the shirts and the ties they needed for the entire singing and dancing group. Our non-profit, Red Rover Ventures and Red Rover Fair Trade gave them a monetary contribution to purchase the uniforms required for their competition that resulted in supporting the whole orphanage. We also provided funds for supplies and kitchen accessories for general use.

During these visits to God’s Golden Acre eye screenings were given, children’s projects were created and general help was provided. In addition, while we were in Cato Ridge, we decided to help empower the Zulu women artisan group by purchasing many pieces of jewelry from those artists to bring back to our fair trade store in the United States. 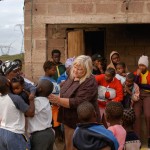 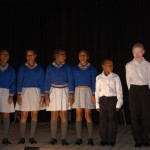 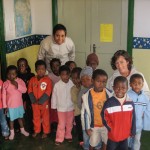